Former governor of OYO State Abiola Ajimobi and deputy national chairman of the All Progressives Congress (APC), is not dead, his media aide has said.

In a Facebook post on Thursday night, Bolaji Tunji, who also served as Ajimobi’s special adviser on communication and strategy during his second term in office, asked for prayers for his boss.

“Kindly disregard all the rumors, just rumors. In all, we remain prayerful,” he posted on Facebook.

The news was reported by a number of websites and was a major trend on twitter. 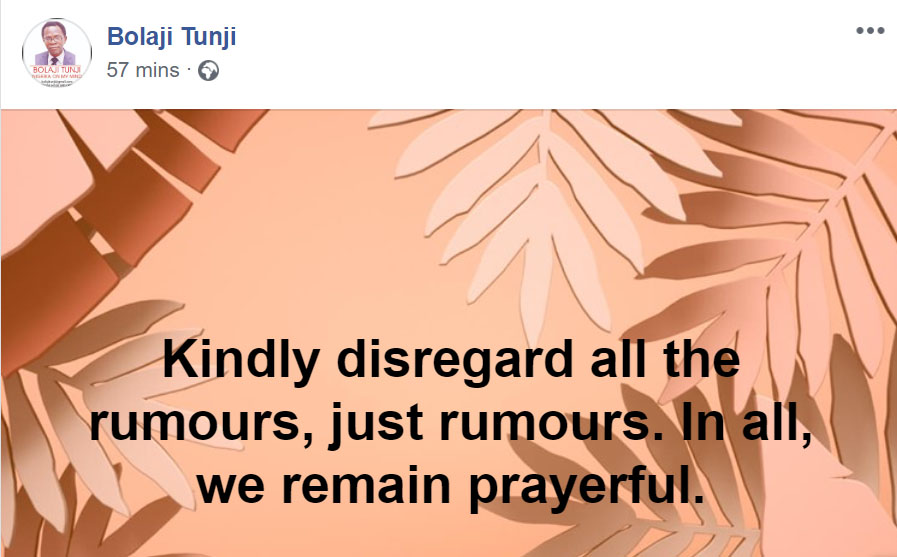