Davido confirms wedding with Chioma holds next year, says ‘This one is special’ to spite his babymamas

David Adeleke aka Davido during  an interview at Beat FM recently revealed that his wedding with girlfriend Chioma will hold next year 2020, while he addressed the rumours making the rounds of chioma’s pregnancy.

Recall that the father of two had had his wedding introduction earlier in the month.

When asked to confirm if Chioma is expecting, Davido replied

When the radio interviewer took him down memory lane to remind him that he revealed about his second baby mama’s pregnancy  on the radio station Davido responded .

”This one is special”

At the radio station: 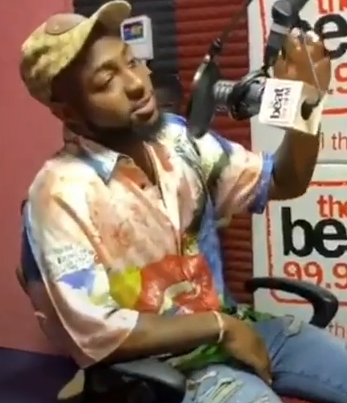