Six 14-year-old and one I5-year old students of Olentangy Hyatts Middle School in Ohio served their teachers crepes laced with bodily fluids like semen or urine, the sickening pranks occured in May of this year as the students participated in an end-of-the-year cooking competition where their teachers acted as judges.

Confirming the incidence, Delaware County Sheriff’s Office spokeswoman Tracy Whited said one of the accused eight grader went as far as making a video of how they injected urine and semen into the crepes and circulated the said video in school before it caught the attention of the school administrators.

The disgusting video was not discovered until two teachers, a 24-year-old woman and a 49-year-old man ate of the contaminated pancakes.

At the time the police launched a full investigation into the matter, they seized a clear plastic baggie containing ‘off white liquid substance’ and three iPhones from the boys.

According to court documents, one of the boys, had earlier planned the stomach-churning, hideous stunt, before the other teens joined in to carry out the silly pranks.

Reports says, all seven underage suspects will be undergo trial in a juvenile court in three weeks.

Olentangy Local School District in a statement on the incident said: ‘we are saddened that these charges are a result of actions that took place at one of our schools. Our teachers deserve respect and kindness, and anything less than that is completely unacceptable. We will continue to support law enforcement in every way possible.’

Picture of the school building: 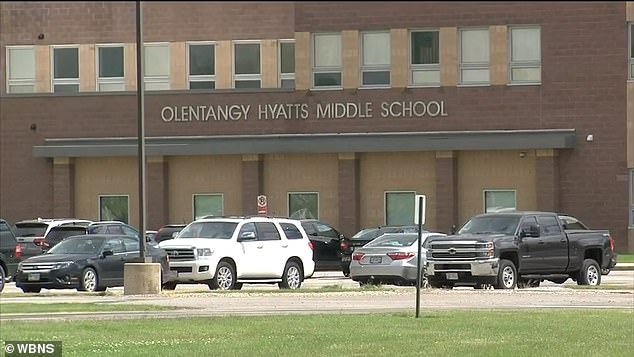